Breaking Chains and Sterotypes – The Life of Frederick Douglass

Breaking Chains and Sterotypes - The Life of Frederick Douglass

A native Hoosier and Indiana University alumni, Ryan joined the Grassroots Leadership Academy from the Indiana chapter of Americans for Prosperity Foundation. In 2015, Ryan was recognized for his tremendous efforts, earning AFP’s Liberty Guardian Award. With over a decade of experience in grassroots organizing, Ryan has served in previous roles as Regional Field Director for Educational Choice School Choice Indiana where he worked organizing support for educational school choice and education reform. Ryan has also worked as Field Director for the Indiana House Republican Campaign Committee, as well as Club for Growth President, David McIntosh. Most importantly, Ryan is an avid Cincinnati Reds fan. 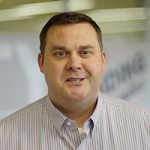