Read what the Wall Street Journal has to say about this in an article released on Thursday, Feburary 5, 2015.    This opens up the American people to a whole new range of Taxes, add-ones, interference with commerce and the same types of things that are happening with phone and cable companies now.  What do you think? 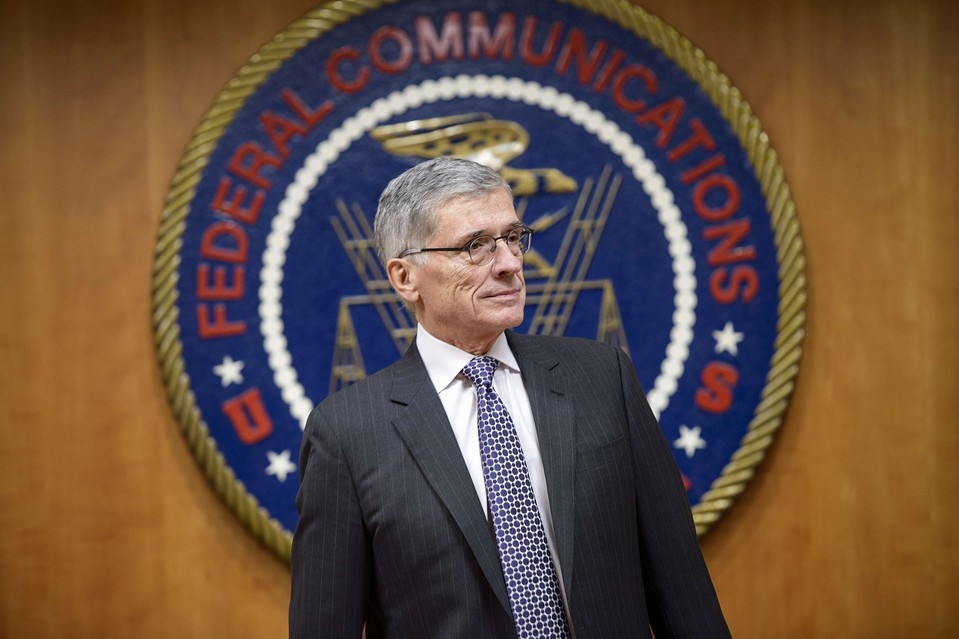 Musicians and Kardashians may claim they can break the Internet by posting alluring photographs, but they have nothing on Tom Wheeler.

The Chairman of the Federal Communications Commission unveiled on Wednesday a plan to demolish a policy that for two decades has allowed the Internet to become the jewel of world-wide communication and commerce. His new “Open Internet” plan represents a monumental shift from open markets in favor of government control. It is a grave threat to American innovation.

In a piece for Wired magazine, Mr. Wheeler announced that this week he will circulate to his fellow commissioners a plan to enact what President Obama demanded in November: century-old telephone regulation for today’s broadband communications companies.

“This proposal is rooted in long-standing regulatory principles,” wrote Mr. Wheeler, and he’s right. The game plan is to apply to competitive digital networks rules originally written for monopoly railroads in the 1800s. But don’t worry, this “common carrier” regulatory structure was modernized for telephones as recently as the summer of 1934 when Franklin Roosevelt signed the Communications Act.

The Wheeler cover story is that such antiquated rules are necessary to provide “net neutrality,” the concept that all Internet traffic should be treated equally and not blocked from reaching consumers—in other words, to allow the Internet to function pretty much as it does now.

But even if net neutrality were threatened, the Federal Trade Commission already has authority to punish companies that discriminate against consumers, and Congressional Republicans have already expressed their willingness to enact a law preventing the specific abuses Mr. Wheeler claims he wants to prevent. In any case, even the old telephone regs don’t treat all customers equally—they allow heavy-volume customers to get a better deal than mom and pop.

Tom Wheeler’s announcement that the FCC will regulate the Internet like a public utility. Plus, Mrs. Clinton’s 2008 vaccine-skeptic remarks and why Republicans are joining the fray, ISIS’s execution of the Jordanian pilot and more IRS drama.

Mr. Wheeler is seeking to overturn Bill Clinton ’s policy of allowing the Internet to grow as a lightly regulated “information service” because Mr. Wheeler does not want light regulation. And while the successful bipartisan policy of allowing Internet creativity to flourish was widely supported as recently as 2010, when 74 House Democrats opposed treating the Web like a telephone system, Mr. Wheeler now sees a policy opening. With 23 months left in the Obama Administration, the former lobbyist aims to make the FCC the ruler of the Internet.

In an acrobatic feat of Orwellian logic, Mr. Wheeler even implies that telephone-style regulation must come to the Net to prevent problems that existed in the old telephone network, such as the difficulty faced by entrepreneurs trying to deploy new communications devices. But unlike in the days of the old Ma Bell telephone monopoly, new devices and services are multiplying today.

He also points to the growth of the wireless market as evidence that his regulatory plan will work, but the old telephone rules haven’t applied to wireless Internet services that don’t use the old telephone network. Congress has barred the FCC from applying the rules in this way, though Mr. Wheeler now seems determined to get around that prohibition.

Reclassifying broadband as a telecommunications service would expose it to rate regulation by the FCC and new Universal Service taxes. Mr. Wheeler says he will avoid placing these and myriad other burdens on digital networks by exercising the commission’s “forbearance” authority.

Mr. Wheeler may promise forbearance, but watch out, because that’s not how government works. The nature of bureaucracies is to grab power and expand it. Once the FCC assumes the authority to set “rates, terms and conditions” across the online economy, expect a political land rush. The Beltway struggle for advantage will be so intense and the stakes so high that even Kate Upton might pause before strolling on to this digital battlefield. And if there is one certain result from this clash of lobbyists, it is that the average Internet user will not be the winner.

Even if the FCC forbears from most of the ancient rules, the Chairman’s plan explicitly gives the commission authority to decide which business terms are “just and reasonable” and which practices are “unjust and unreasonable.” The FCC chairman will then become the Frank Underwood of the Web. And as with the “House of Cards” character, the communications and media companies that want something done in D.C. will have to go through him.

And then they’ll go to court. In recent testimony before the Senate Commerce Committee, former FCC Commissioner Rob McDowell noted that the relevant rules from the 1934 act “have spawned nearly 400 court cases. The first appellate case was decided in 1936 and the most recent appellate court decision was handed down in 2012. Additionally, as the result of decades of administrative litigation, the FCC itself has issued over 1,000 decisions attempting to apply the same ‘just and reasonable’ standard” that Mr. Wheeler is now proposing.

Mr. Wheeler claims that his “proposal assures the rights of internet users to go where they want, when they want, and the rights of innovators to introduce new products without asking anyone’s permission.” That’s false. They will soon be asking his permission, an historic blunder that will politicize an Internet economy that has until now been dominated by innovators and consumers.