EmpowerU Studio at Frame USA
225 Northland Blvd
Cincinnati, Ohio 45246
To View a Complete Recording of This Class Click Here
Click here to view the class slides.
Empower U is pleased to have attorney Matthew Byrne join us to expound on the life and influence of the late Supreme Court Justice Antonin Scalia. 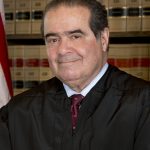 Justice Scalia served on the United States Supreme Court from 1986 until his sudden death in 2016. He is perhaps best known for his stirring dissenting opinions, which  he wrote in order to influence generations of law students. But Justice Scalia was more than just a frequent dissenter: he was the intellectual leader of the legal movements in favor of originalism and textualism in constitutional and statutory interpretation.
Those on the right and left agree that Justice Scalia was one of the most important legal minds of the last hundred years.  When she was still dean of Harvard Law School, Justice Elena Kagan stated that “[Justice Scalia’s] views on textualism and originalism, his views on the role of judges in our society, on the practice of judging, have really transformed the terms of legal debate in this country. He is the justice who has had the most important impact over the years on how we think and talk about law.”
In discussing Justice Scalia’s work, liberal political philosopher Ronald Dworkin-perhaps overstating things a bit-stated that “We are all originalists now.”
In the end, though, Justice Scalia was also more than his work: he was a devoted husband and father, a man of character and deep religious faith, and a man with a deep capacity for friendship.
Mr. Byrne will discuss Justice Scalia’s work and some of the major threads of his legal thought, as well as why Justice Scalia has been so influential. He will also use the discussion of Justice Scalia’s work to highlight some of the issues that likely will be discussed in the confirmation hearings for President Trump’s Supreme Court nominee, Judge Neil Gorsuch.

Do not miss this most timely and important class. 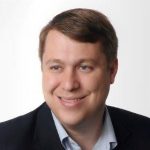